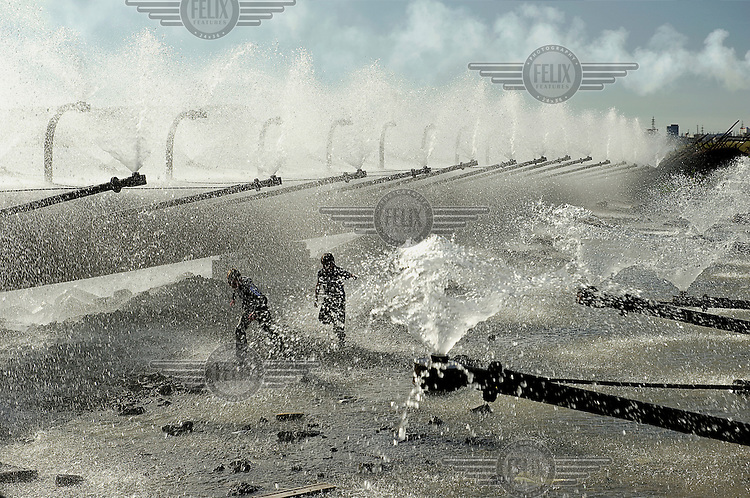 Children run through the spray of water created by dozens of sprinklers which circulate water from Dolgoe Lake in Norilsk. The water from the lake is used as part of the cooling system for a power station nearby. The water cools as it is pumped out of the lake and into the air. The sprinklers are popular with local children who cool down in the water sprasy on hot days. Sometimes temperatures here can rise to 25 or even 30 degrees C.