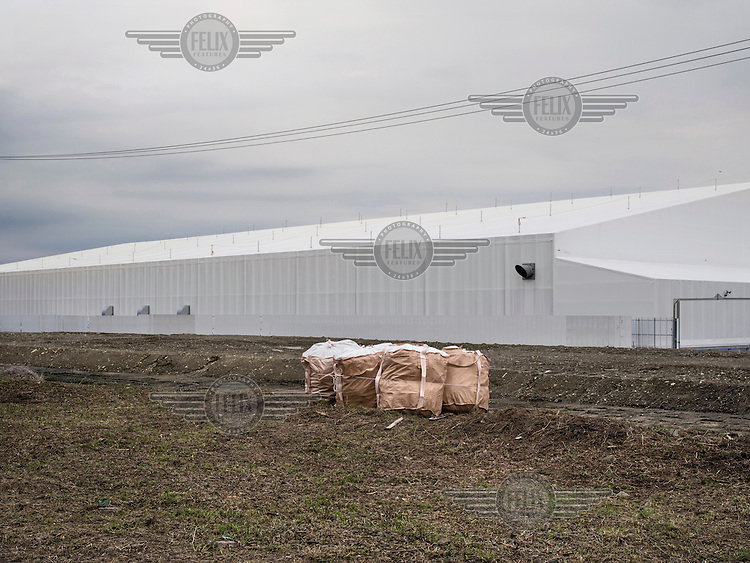 Sacks containing radiation-contaminated leaves, branches and undergrowth sit in front of an interim storage facility in Tomioka. No clear plan has been put forward on what to do with the contaminated waste after a proposed 30 year interim period and locals fear it will be left in the area permanently.
Four years after the Tohoku earthquake and a deadly tsunami that precipitated the Fukushima Dai-ichi nuclear disaster, hundreds of square miles around the stricken reactor remain off-limits for habitation due to radioactivity. As part of the cleanup operation thousands of tonnes of topsoil have been removed and bagged up but currently there is a lack of suitable storage facilities for the radioactive material.
Andrew McConnell / UNHCR / Panos Pictures /Felix Features 17 Apr 2015
Not available in Germany.