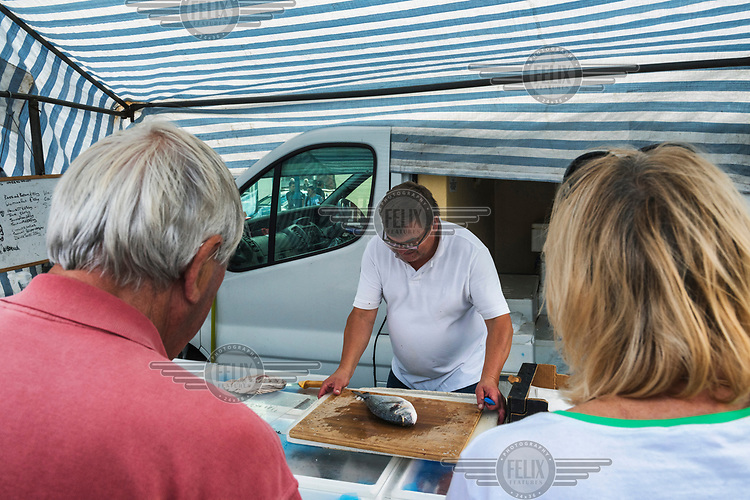 A couple buying fish from a stall in Boston's twice-weekly market. Stall holder Karl, the fishmonger, was one of the few stall holders to vote 'remain' in the 2016 referendum: 'I'm still remain. I didn't realise how strongly people felt about Brexit ... politicians should be put up against the wall, they lied to us, they divided the country.'