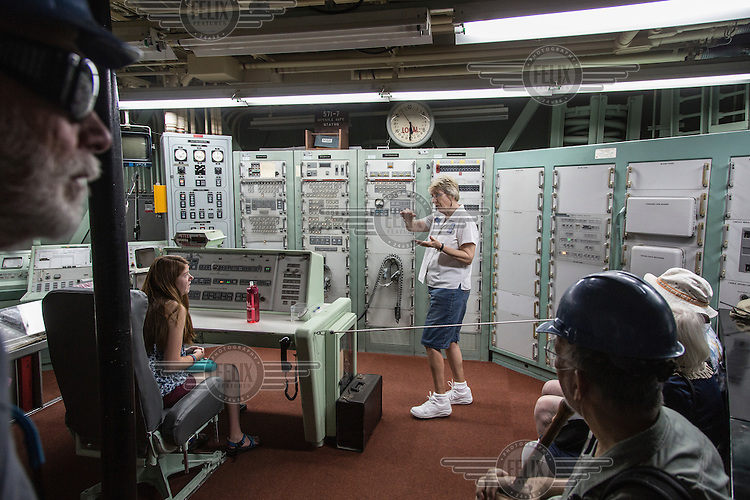 Tour guide and visitors in the launch control center.