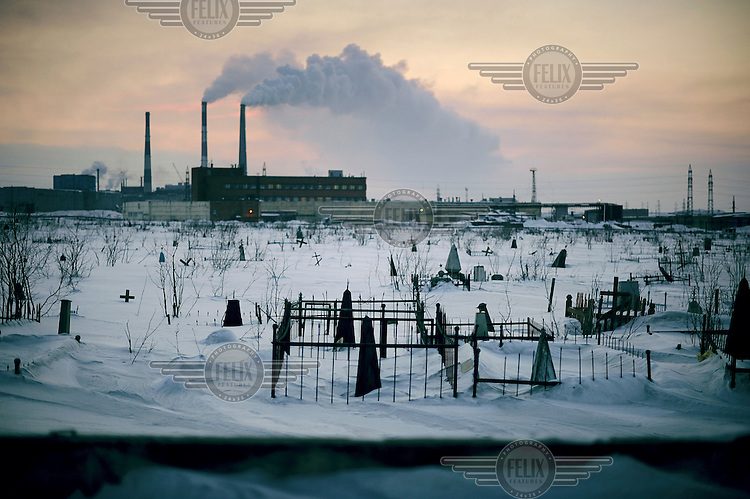 Grave stones in a cemetery are seen against the backdrop of one of the smelters in Norilsk. According to Pure Life (formerly Blacksmith Institute) the life expectancy in Norilsk is 10 years less than in other parts of Russia. People succumb to lung disease, diseases of the digestive system and cancers. People also suffer from Asthma, cardiovascular diseases, skin problems and mental health problems. The risk of cancer is twice that of the rest of Russia in Norilsk.
The city of Norilsk, in the far north of Russia's Krasnoyarsk region, was founded in the 1920s and today has a population of just over 175,000. In its early years it served as the centre of Norillag (or the Norilsk Corrective Labour Camp) but was given town status in 1953 as the Gulag system was slowly winding down. Today the city is largely dependent on MMC Norilsk Nickel, the world's leading producer of Nickel and palladium and Norilsk's main employer. In 2001, the city was closed to all non-Russians, except for citizens of Belarus.
Elena Chernyshova / Panos Pictures /Felix Features 23 Mar 2012