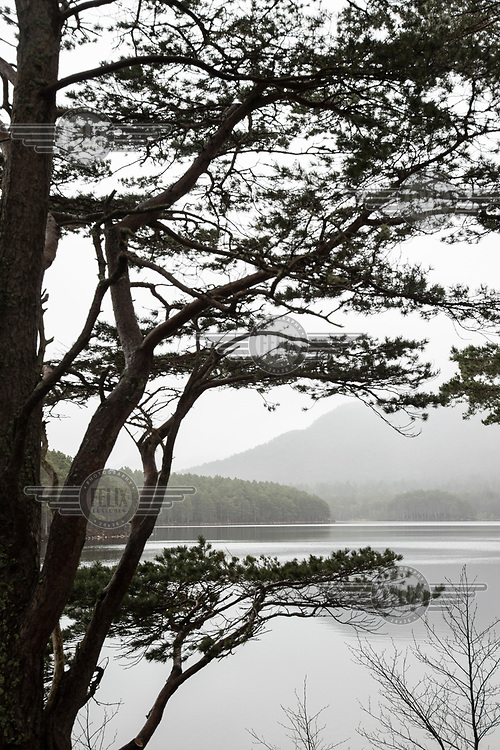 A mature Scots pine tree on the shores of Loch an Eilein, part of the Cairngorm National Park, founded in 2003.