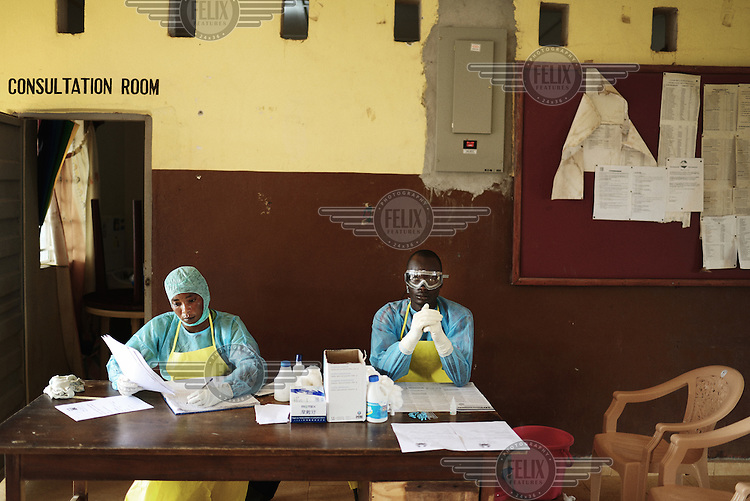 Nurses of Kenema Hospital working at the reception area of the hospital. The area of Kenema is one of the worst affected by the Ebola virus.