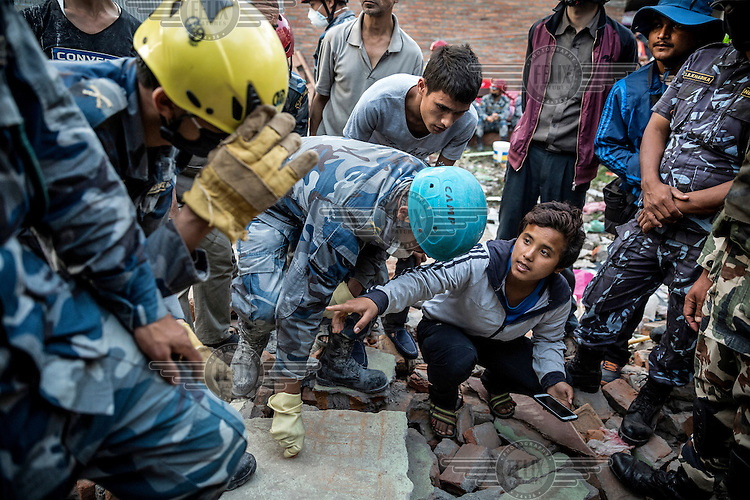 Ganga Shrestha (19, centre) explains to a rescue team where two young boys were sitting in a collapsed building in Samakhushi area of Kathmandu after another powerful quake hit the captital. 'We were in a Cyber Cafe playing games when the earthquake started. I ran out but remember that two boys were still sitting there. I didn't see them running. We couldn't find them after. I think they are still inside'.
A powerful earthquake hit Nepal on 13 May 2015, only two and a half weeks after a first quake struck with 7.8 magnitude, killing over 8,000 people. The second quake caused 65 deaths with almost 2,000 more injured (13 May estimate).
Vlad Sokhin / Panos Pictures /Felix Features 12 May 2015
Not for sale in Germany and German speaking countries, France and French speaking countries and Russia.