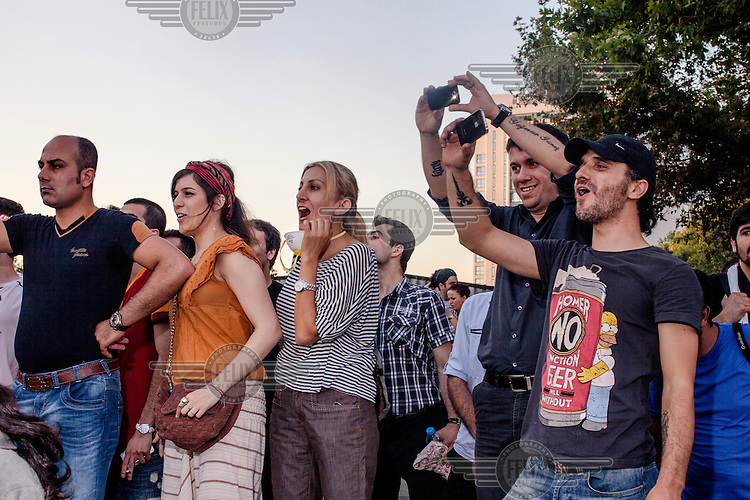 People chant and take pictures as they watch thousands of protesters gather in Taksim Square.