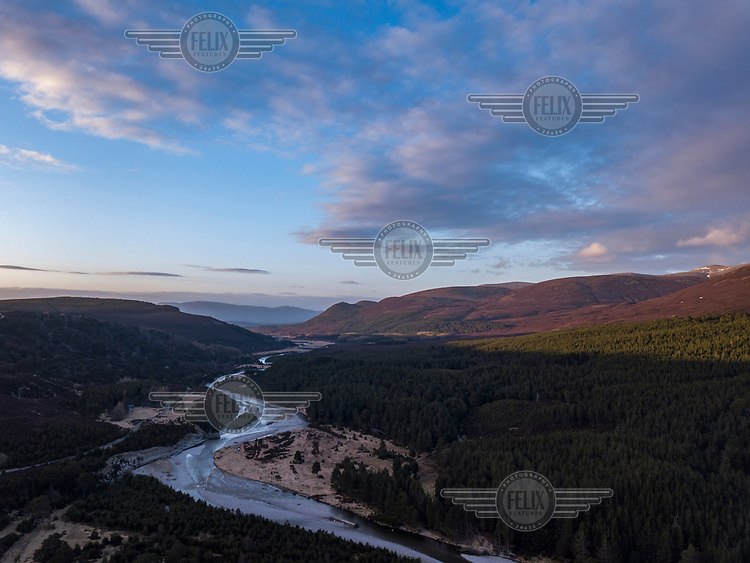 The River Feshie, flowing through the glen of the same name in the Scottish Highlands, is flag ship site for rewilding after deer numbers were reduced from 45 to 2 deer/km2 to allow natural regeneration of trees on the bare moorland. The 'granny' Scots Pine trees, some over 260 years old, were assumed to be unable to form viable seeds but have confounded expectations. The river is an important site for Atlantic salmon spawning as well as freshwater pearl mussels.

Scotland's forests cover 19% of it land surface, the highest of the four nations that comprise the United Kingdom, but as a whole the U.K. is one of the least forested in Europe at 13% compared to an average of 38% across the E.U. The Scottish Rewilding Alliance has called for the Scottish Government to declare the world's first Rewilding Nation before the COP26 Summit in Glasgow in November 2021 with the aim to set aside 30% of land for rewilding by 2030.
Kieran Dodds/Panos Pictures /Felix Features 20 Apr 2021