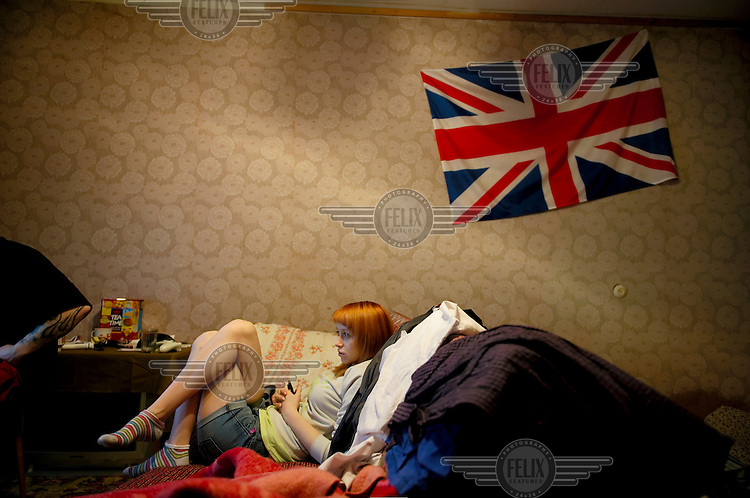 A young woman sits on a sofa below a British (Union Jack) flag in an apartment in Norilsk. For many young people who grow up in the city their main aim in life is to leave. Most want to move to 'the mainland' (ie Russia) and find a job there. Many find the harsh climate, the precarious environmental situation and the lack of culture and places to go out very limiting. 'We can't even leave for the weekend to go to another city to get some new ideas and meet other people' one young person says.

The city of Norilsk, in the far north of Russia's Krasnoyarsk region, was founded in the 1920s and today has a population of just over 175,000. In its early years it served as the centre of Norillag (or the Norilsk Corrective Labour Camp) but was given town status in 1953 as the Gulag system was slowly winding down. Today the city is largely dependent on MMC Norilsk Nickel, the world's leading producer of Nickel and palladium and Norilsk's main employer. In 2001, the city was closed to all non-Russians, except for citizens of Belarus.
Elena Chernyshova / Panos Pictures /Felix Features 22 Feb 2012