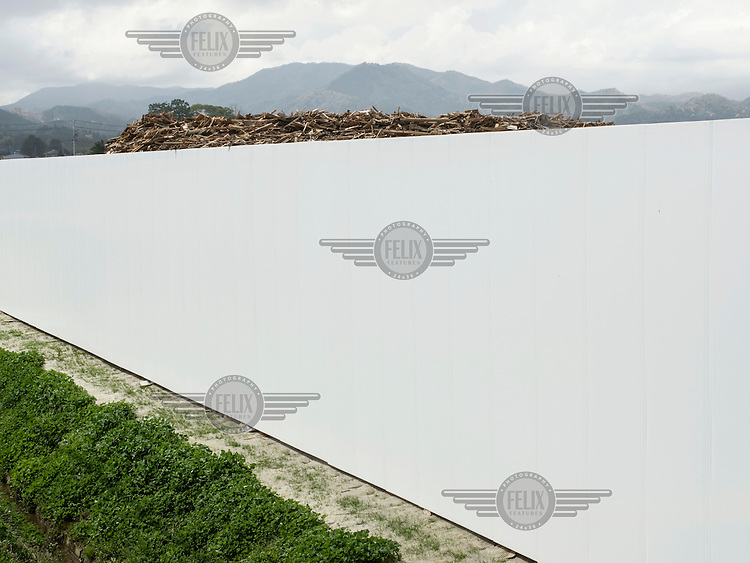 Radioactive wood is piled up at a temporary storage facility in Hirono, Japan. The Japanese government is negotiating with about 2,400 landowners to secure the land needed to store the waste, but many people have voiced strong concern that the storage could end up being permanent.
Four years after the Tohoku earthquake and a deadly tsunami that precipitated the Fukushima Dai-ichi nuclear disaster, hundreds of square miles around the stricken reactor remain off-limits for habitation due to radioactivity. As part of the cleanup operation thousands of tonnes of topsoil have been removed and bagged up but currently there is a lack of suitable storage facilities for the radioactive material.
Andrew McConnell / UNHCR / Panos Pictures /Felix Features 15 Apr 2015
Not available in Germany.