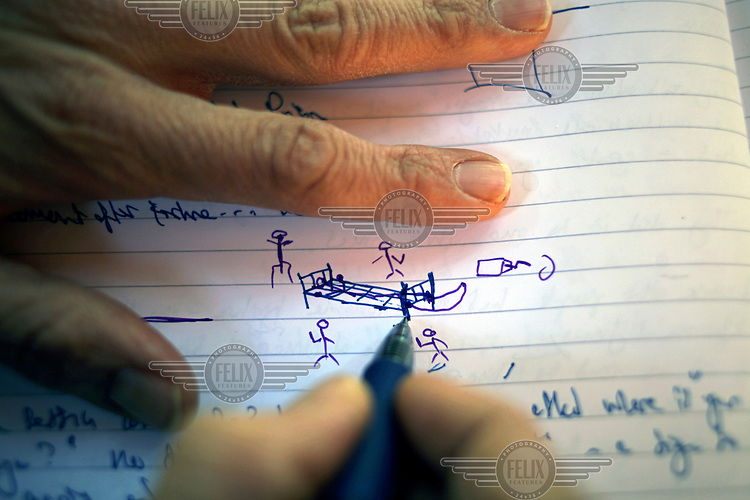 Shadi draws a picture of a torture technique used by Syrian intelligence on him and other prisoners. The prisoners called it 'the bed'. It consisted of a metal framed cot in a third floor interrogation cell within the political wing of Idlib's central prison. There were straps at each end to secure a person's limbs to the frame, and another to hold down the their head. Near the foot of the frame was a crank-handled generator. Two lengths of electric cable ran from the generator, each of which ended in a crocodile clip.

They strapped Shadi, a 37 year old phone company employee, to 'the bed' on three seperate ocassions. Each session lasted between 3 and 4 hours. Memories of what he experienced there still have him screaming at night, and he envies the fate of his father, an old man shot by a Syrian army sniper in an olive grove two weeks ago.
Seamus Murphy/Panos Pictures /Felix Features /Felix Features 23 Mar 2012