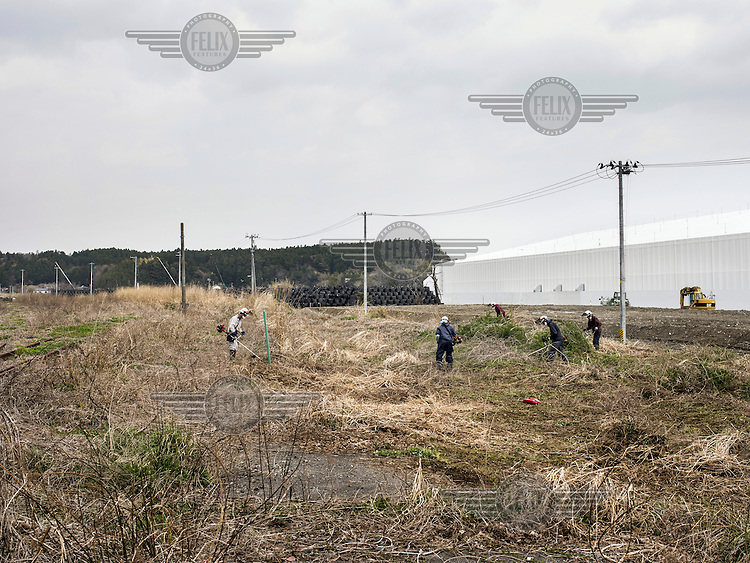 Workers remove radiation contaminated shrubs and foliage from land around Tomioka Station. Over 10,000 people are carrying out decontamination work 6 days a week in an unprecedented effort to make the Fukushima region liveable again.
Four years after the Tohoku earthquake and a deadly tsunami that precipitated the Fukushima Dai-ichi nuclear disaster, hundreds of square miles around the stricken reactor remain off-limits for habitation due to radioactivity. As part of the cleanup operation thousands of tonnes of topsoil have been removed and bagged up but currently there is a lack of suitable storage facilities for the radioactive material.
Andrew McConnell / UNHCR / Panos Pictures /Felix Features 16 Apr 2015
Not available in Germany.