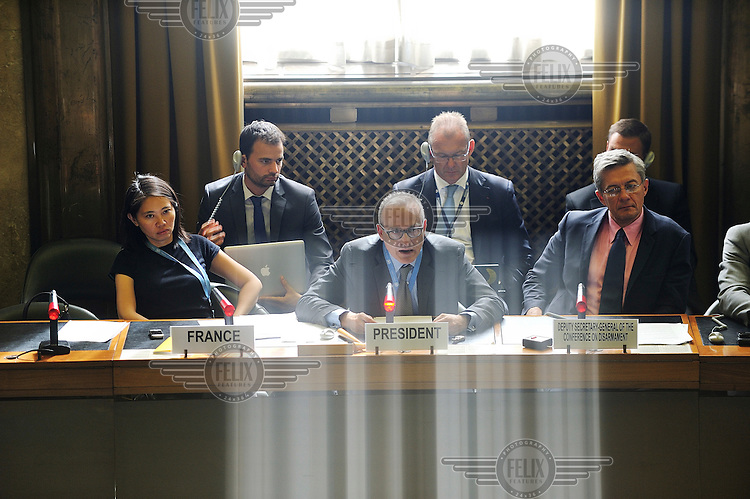 Delegates listen to an address by Ambassador Mari Amano of Japan at the opening of the day's business at the Conference on Disarmament: '67 years ago yesterday, on the 6th August, an atomic bomb was dropped on Hiroshima. Three days later on the 9th August one was dropped on Nagasaki ....'
The Conference on Disarmament, established in 1979, is the only forum for nations to discuss multilateral arms control and disarmament issues. It has a primary focus nuclear weapons control and disarmament. 65 countries, and 38 observer nations, convene annually at the United Nations' Palais des Nations building for three sessions of talks totalling 24 weeks.