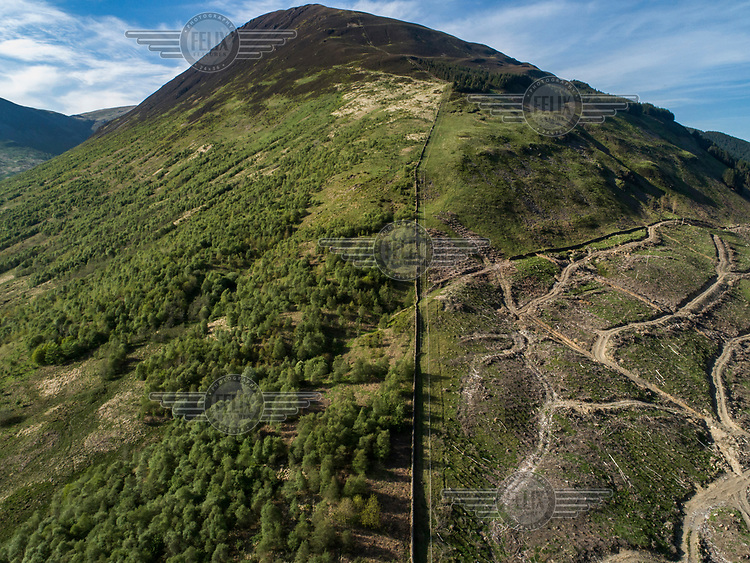 Carrifran Wildwood began life in the mid 1990s when a group of 40 individuals united to rewild one single catchment to create the 1500 acre (607 ha) forest. The idea was so singular and appealing that it was funded by donations from around 600 supporters buying the land on the first day of the new millennium. Neighbouring land is recently clear-felled commercial forestry, the majority of the forests in Scotland. Only 4% of the land cover is native woodland with 15% used for commercial plantations.