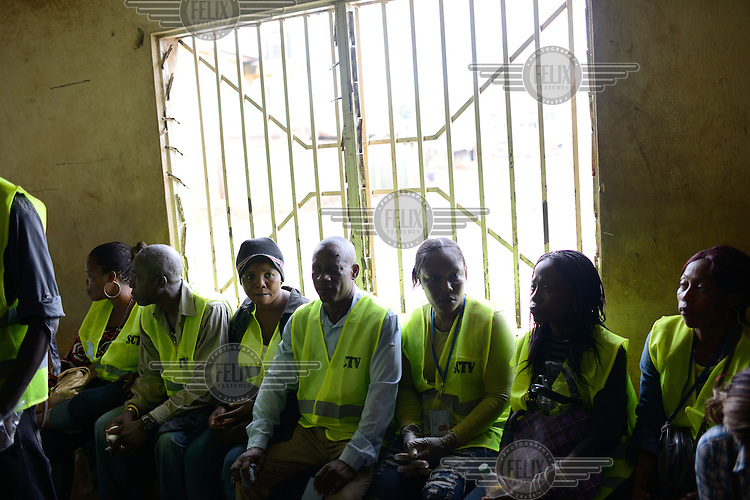 Volunteers meet to receive instructions at a health centre in the Kroo Bay slum area. People have been instructed to listen to police and volunteer workers who will pass through the slum, telling people about the dangers of Ebola and ways to prevent infection with teh disease. The Sierra Leone government has declared a three day lockdown from 19 September in an attempt to prevent the further spread of Ebola across the country.