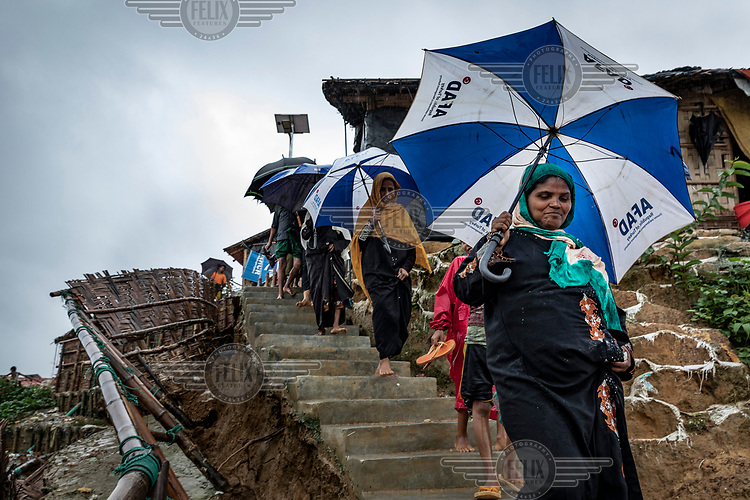 Rohingya refugee Halima Khatun (36) going shopping in Kutapalong Mega camp. However, landslides have made her trip more difficult than before as two bridges that connect Camp five and Camp six were washed away the night before due heavy rains. Halima and her two children need to cross a flooded canal to get to the closest market. Halima says she is also concerned for her husband who lost his leg in late Aug 2017 when Burmese soldiers opened fire on their village and he was shot in the leg.