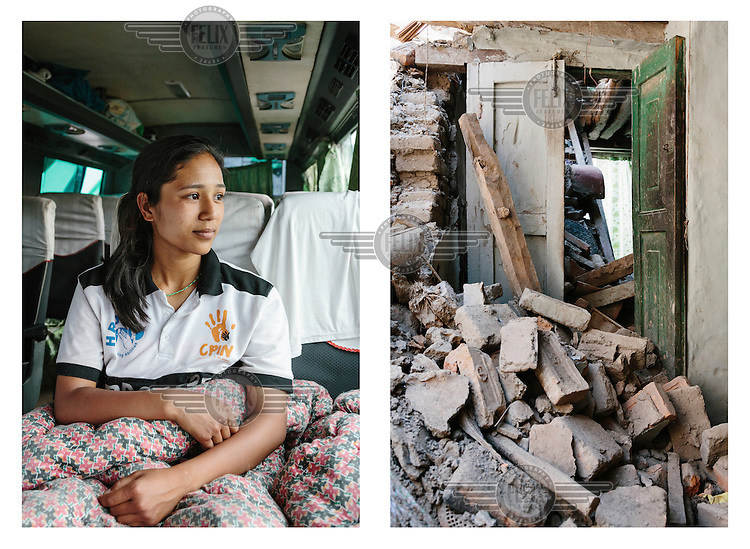 Left: Roshana Manandhar (20) lives with 70 other people in six buses in a field beside the school at which her mother is a teacher. 'It's like a nightmare. I never imagined anything likes this, not even in my dreams.' The family were holidaying in Pokhora, a popular destination for foreign tourists and Nepalis alike, when the earthquake struck. 'We were lucky. If we'd been at home we'd probably have died.' Roshana is a second year graduate student at the nearby college and practises karate in her spare time. 'People said girls shouldn't play karate, that's why I decided to play.'

Right: The building in which Roshana Manandhar (20) and her family lived stands in ruins in the old bazaar district of Sankhu, Nepal, in which 980 houses collapsed and almost 90% of buildings have been left damaged.
Aubrey Wade/Oxfam/Panos Pictures /Felix Features 14 May 2015