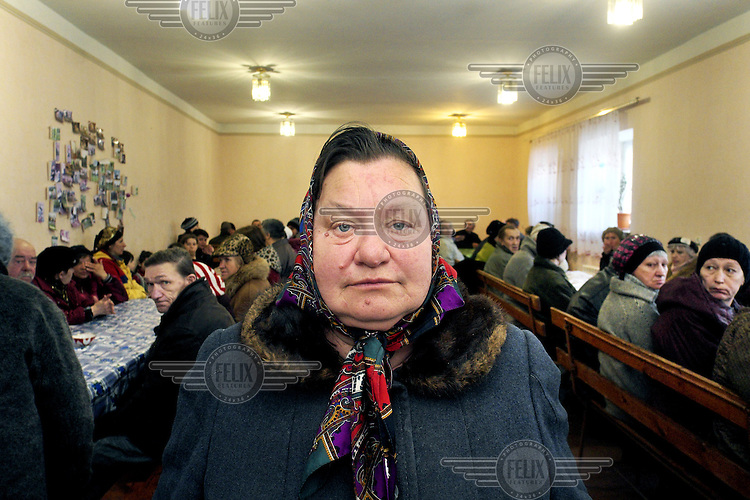 Yevdokiya Nikolayevna Kozachonok (59) has been going to a soup kitchen in the Baptist church in Yenakiyevo for a long time. She hasn't received her pension in a while.
The church started feeding approximately 20 people in August 2014. Today, about 300 people are fed every second day. People who are sick and can not come to the church have food delivered to them.
Since April 2014, the Ukrainian regions of Donetsk and Lugansk have been embroiled in a military stand-off between the Ukrainian national army and armed separatists rebels, widely believed to be armed by Russia and assisted by thousands of Russian volunteers and regular forces. By May 2015, over 6,243 (United Nations Office for the Coordination of Humanitarian Affairs estimate) people had lost their lives in the fighting, with civilians bearing the brunt of wide ranging fighting.
Iva Zimova/Panos Pictures /Felix Features 9 Apr 2015