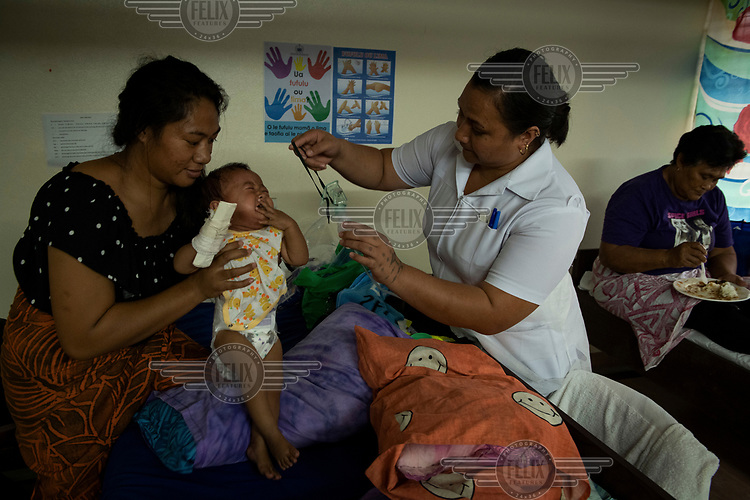 A nurse attaches an oxygen face mask to Seiante Douglas (1) who is recovering from measles in the measles isolation ward at Tupua Tamasese Meaole Hospital.

As of 16 December 2019, there have been 5,200 confirmed cases of measles and 73 deaths out of a population of just over 200,000. Prior to the outbreak Samoa had a vaccination rate of only between 28-40%, according to the United Nations Children's Fund (Unicef). Responding to the outbreak, the Samoan government declared a state of emergency and enacted a mobile vaccination program which has now reportedly vaccinated over 90% of the population.
Matthew Abbott/Panos Pictures /Felix Features /Felix Features 11 Dec 2019
Not available for sale in Australia.