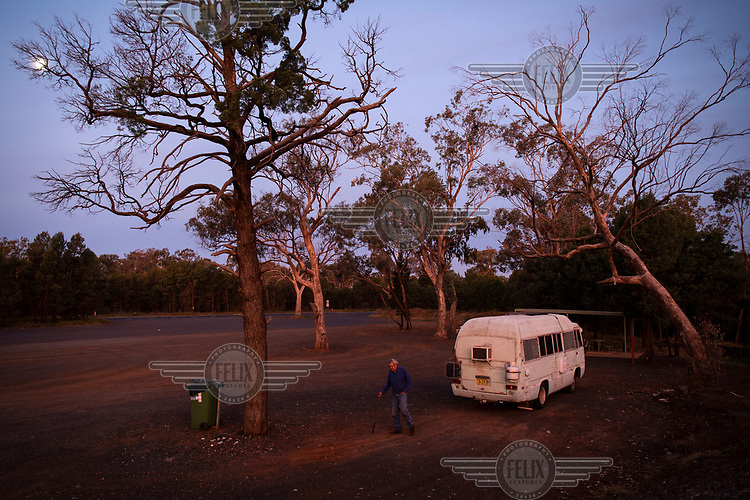 Barney Webb near his van parked for the night in a truck stop on the outskirts of Dubbo. The region has been inundated with mice. Barney has had to make several traps in his van where he currently lives to prevent them from causing damage. He has caught 70 mice in his van so far.
In 2021, farming areas in southeastern, southern and western Australia faced a massive infestation of mice which ruined millions of dollars worth of crops and animal feed.
Matthew Abbott/Panos Pictures 24 May 2021