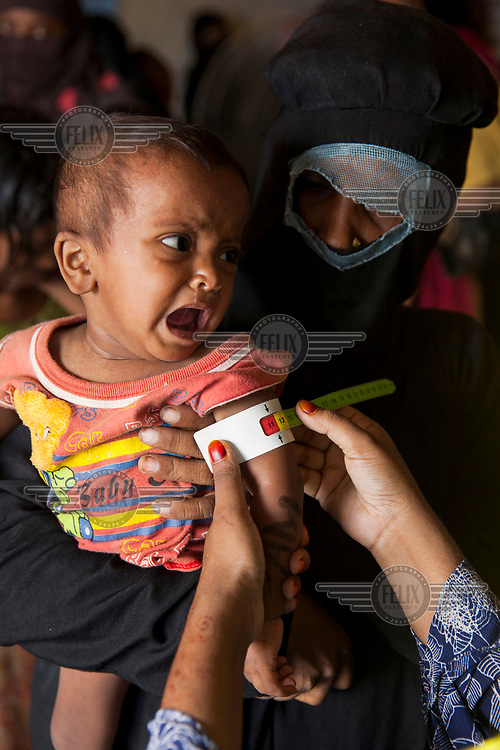 A Rohingya refugee baby has a MUAC (mid-upper arm circumference) test to check for malnourishment (indicated by the red area) at the new makeshift Balukhali Refugee Camp's medical centre.
The United Nations have estimated that 582,000 Rohingya Muslims have arrived in Bangladesh after fleeing a campaign by the Myanmar military that began on 25 August 2017. The Burmese military claim to be responding to attacks by Rohingya militants against several police posts in which 12 officers were killed. The UN, however, have described the military action as 'a textbook example of ethnic cleansing', stating that the campaign is 'clearly disproportionate'.
Patrick Brown/UNICEF/Panos Pictures /Felix Features /Felix Features 21 Sep 2017