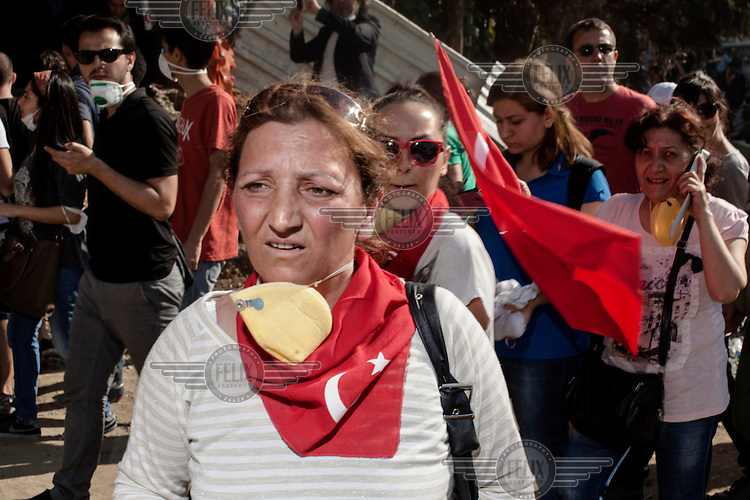 A protester with a a scarf and face mask around her neck shows the effects of tear gas fired by riot police in the Osmanbey district of Istanbul.