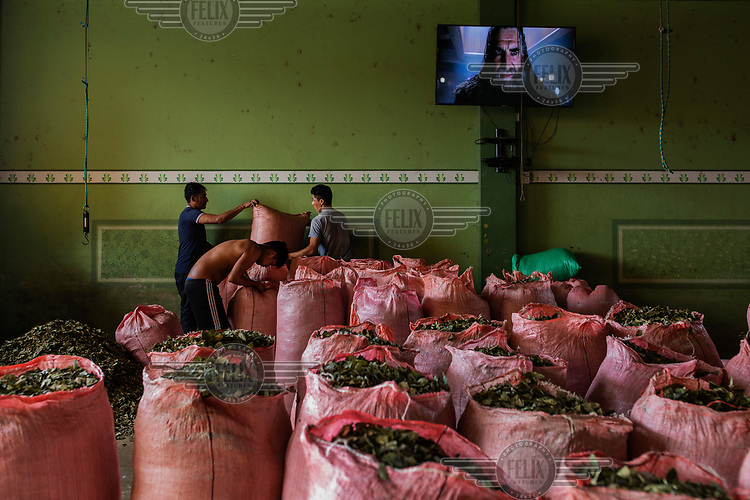 Cocaleras (coca leaf farmers), fill sacks with dried coca leaves at Chimore market, a city located in the Chapare region, an electoral stronghold of former President Evo Morales and the main source of coca leaves used in the illegal production of cocaine.

Former President and former coca farmer Evo Morales, forced the American DEA to leave Bolivia and introduced a policy of legal coca farming while maintaining strong enforcement of drug laws to combat the illegal production of cocaine. As a consequence the area under coca production has remained constant and the murder rate in Bolivia remains one of the lowest in Latin America. The Bolivian experience is at odds with the other two major producers Colombia and Peru which have had little success in suppressing coca production which continues to expand, while murder rates in both countries remains high.
Lalo de Almeida/Folhapress/Panos /Felix Features 8 Jan 2020