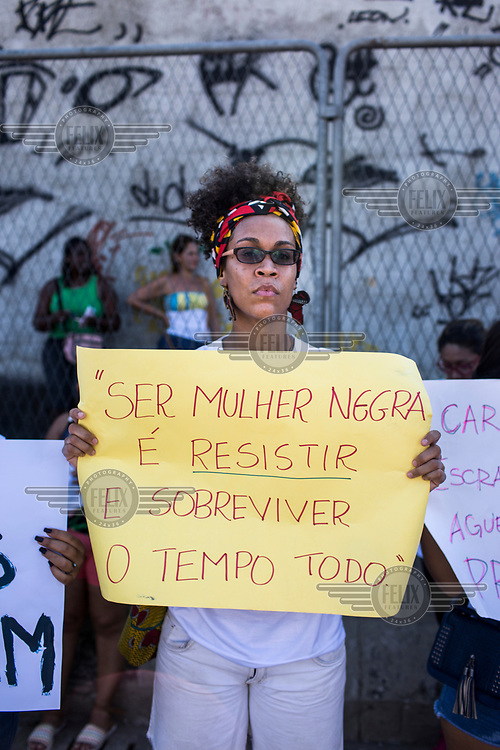 A protestor in the Mare favela holds a sign that reads: 'To be a black women is resisting and surviving all the time' during a rally to protest the murder of Marielle Franco, a Rio de Janeiro councilwoman, black rights activist and outspoken critic of police brutality who was shot in an assassination-style killing on 15 March 2018.