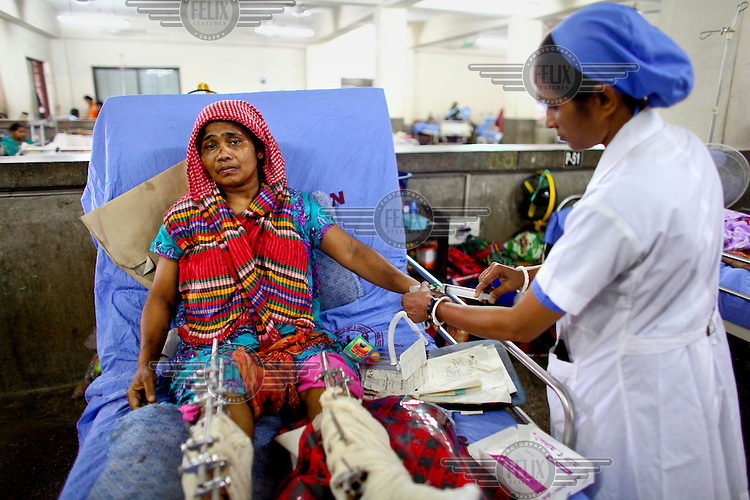 A woman with metal braces on her broken legs is given an injection by a nurse at the Pongu Hospital in Dhaka. She is one of the survivors of the collapsed Rana Plaza complex.
The 8 storey Rana Plaza complex, which housed a number of garment factories employing over 3,000 workers, collapsed on 24 April 2013. By 29 April, at least 380 were known to have died while hundreds remained missing. Workers who were worried about going to work in the building when they noticed cracks in the walls were told not to worry by the building's owner, Mohammed Sohel Rana, who is a member of the ruling Awami League's youth front. He fled his home and tried to escape to neighbouring India after the building collapsed but was caught by police and brought back to Dhaka. Some of the factories working in the Rana Plaza building produce cheap clothes for various European retailers including Primark in the UK and Mango, a Spanish label. The final death toll was 1,127. /Felix Features
G.M.B. Akash/Panos Pictures /Felix Features 16 May 2013