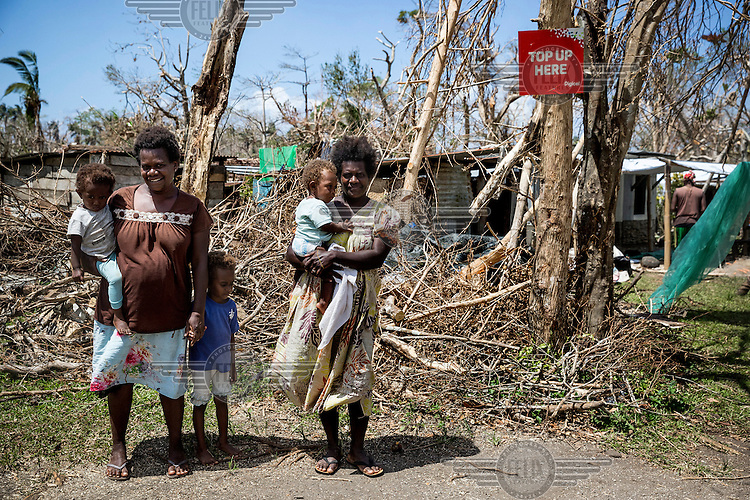 Lina (left ) and Margaret (right) from Pang Pang village on Efate Island stand with their children in front their partially destroyed houses that were hit by Cyclone Pam on March 13th. Eleven houses in Pang Pang village were completely destroyed, the others were badly damaged. Locals lost most of their cash crops and are devastated as they have food supplies only for a few weeks.

Cyclone Pam, a tropical storm that hit the Pacific island nation of Vanuatu on 13 March 2015, is considered one of the worst natural disasters to affect the country. Over 15 people died in the storm and winds up to 165 mph (270 km/h) caused widespread damage to houses and infrastructure.
Vlad Sokhin/Oxfam/Panos Pictures /Felix Features 24 Mar 2015
Not for sale in Germany and German speaking countries, France and French speaking countries and Russia.