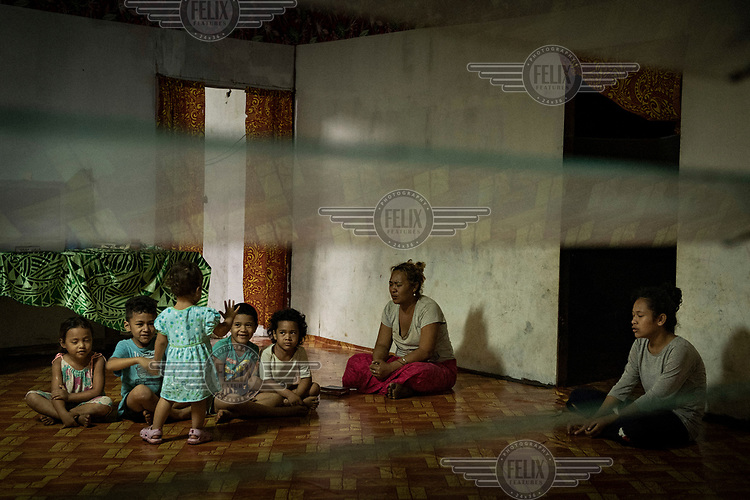 Nuu Lameko leads a Lotu Afia Fi, a traditional prayer and song held in the family home shortly after dusk before the family eat dinner. Nuu Lameko lost her daughter, 10 month old Lemina Bourne to measles on the 24 November 2019.

As of 16 December 2019, there have been 5,200 confirmed cases of measles and 73 deaths out of a population of just over 200,000. Prior to the outbreak Samoa had a vaccination rate of only between 28-40%, according to the United Nations Children's Fund (Unicef). Responding to the outbreak, the Samoan government declared a state of emergency and enacted a mobile vaccination program which has now reportedly vaccinated over 90% of the population.
Matthew Abbott/Panos Pictures /Felix Features /Felix Features 11 Dec 2019
Not available for sale in Australia.