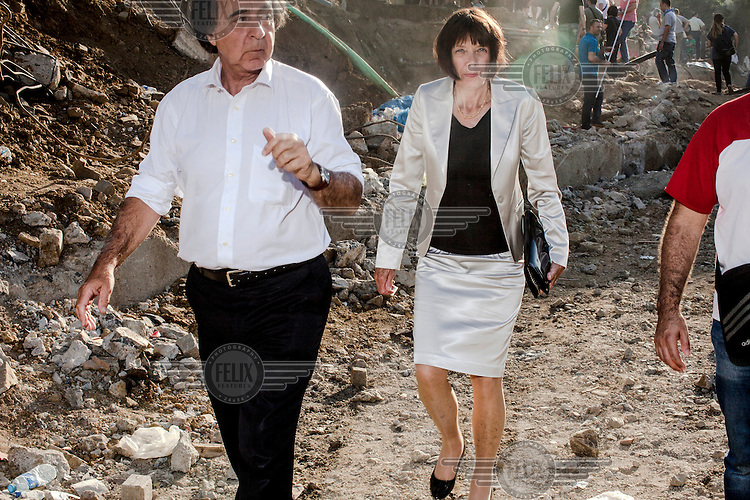 A couple walks through the construction site at Gezi Park where a green space is supposed to make way for a shopping complex and mosque.