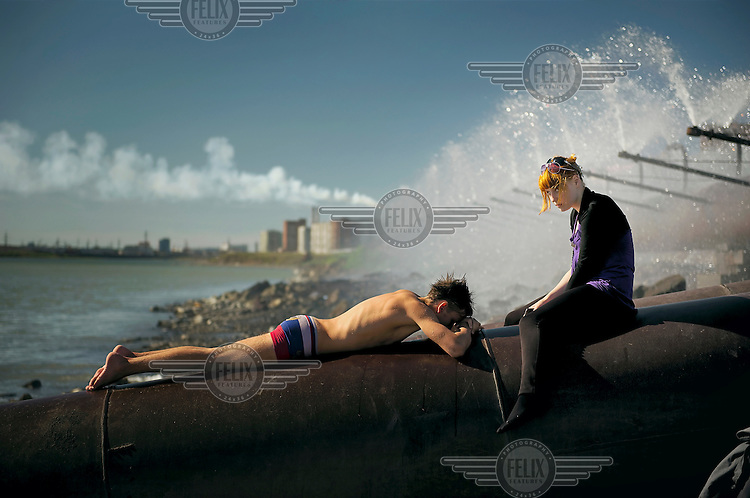 A young man and woman sit on a large industrial pipe alongside an artificial lake in Norilsk during the summer. For many young people who grow up in the city their main aim in life is to leave. Most want to move to 'the mainland' (ie Russia) and find a job there. Many find the harsh climate, the precarious environmental situation and the lack of culture and places to go out very limiting. 'We can't even leave for the weekend to go to another city to get some new ideas and meet other people' one young person says.