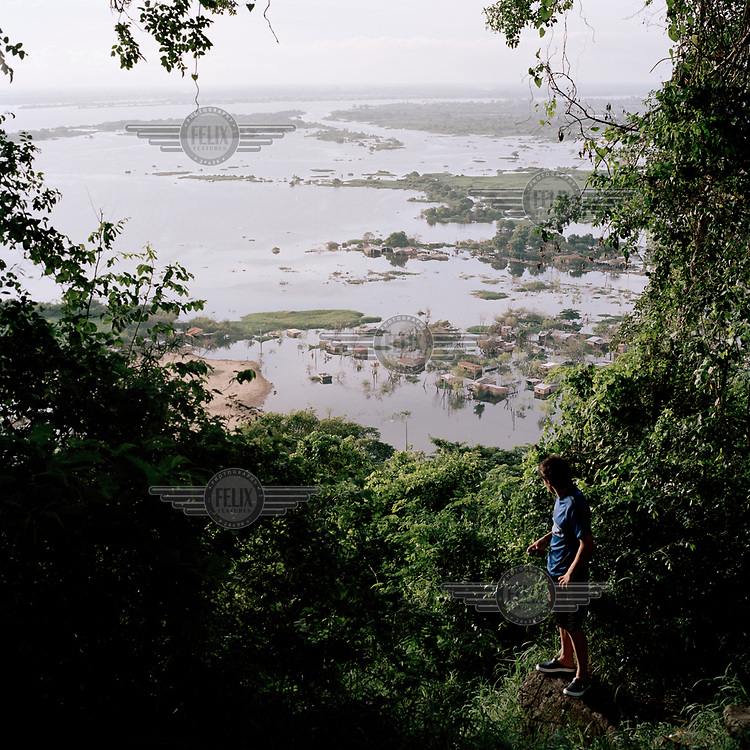 A young man looks down from the Cerro Lambare, a hill in the capital, at an area of flooded land bordering the Paraguay River.
The flooding has been caused by heavy rainfall, due to the El Nino phenomenon, and massive deforestation for agribusiness and cattle ranching in northern regions. Over 90,000 people have fled the deluge and are living in makeshift wooden houses around the city. The flooded areas, beside the river, were historically populated by rural poor newcomers to the city.
Jordi Ruiz Cirera/Panos Pictures /Felix Features /Felix Features /Felix Features 10 Feb 2016
Not available in Germany, Austria & Switzerland