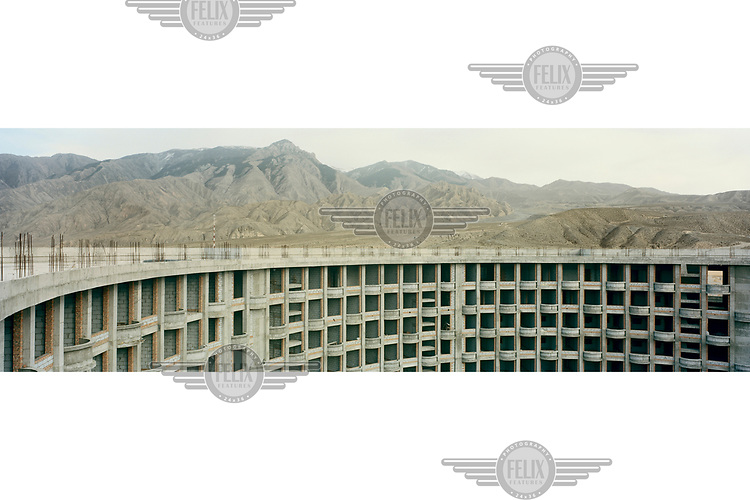 One of the benefits of creating the Sanjiangyuan National Nature Reserve, according to China's State Council, would be 'ecological protection and construction' on the plateau. Development in the protected ecosystem of the reserve, however, soon extended beyond tourism, to the mining of gold and other minerals, road construction, and real estate development. Meanwhile some of the tourism-related projects were lost to changing political winds. According to a local security guard, construction on this 5-star hotel came to a halt when developers couldn't secure the necessary permits after a turnover in local government personnel. While much new construction in the area has reached completion, scientists have raised concerns that large towns and cities, and the infrastructure that connects them create higher densities of humans that will inevitably increase the stress on the local ecology.
Ian Teh/Panos Pictures /Felix Features /Felix Features /Felix Features 15 Feb 2015
**NB: Not available for sale in Germany, Austria and Switzerland.**