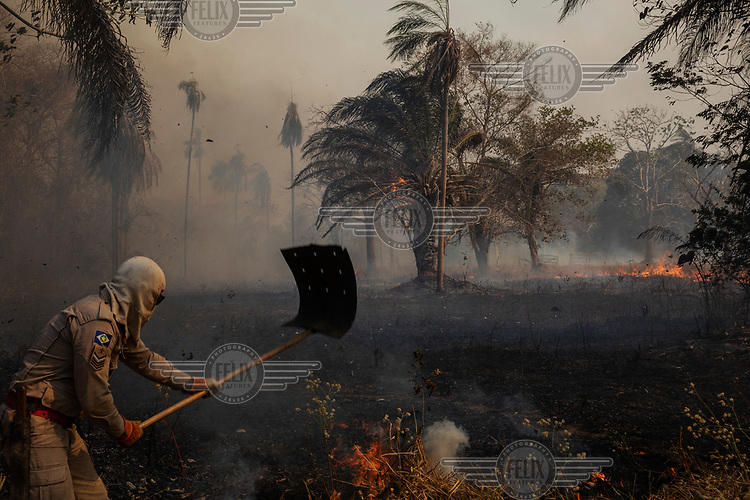 Firefighters combat a fire outbreak at the Sao Francisco de Perigara farm, which is home to one of the largest populations of blue macaws in the world. About 95% of the farm area was destroyed by fire.

Since the beginning of 2020, the Pantanal has been facing the largest destruction by burning in its history. From January to September, fires burned 3,977,000 hectares of the Pantanal, which corresponds to 26.5% of the entire biome, killing a vast amount of the region's wildlife. The destruction of habitat according to experts may take many decades to regenerate.
Lalo de Almeida/Folhapress/Panos 14 Aug 2020
Not available for sale in Brazil