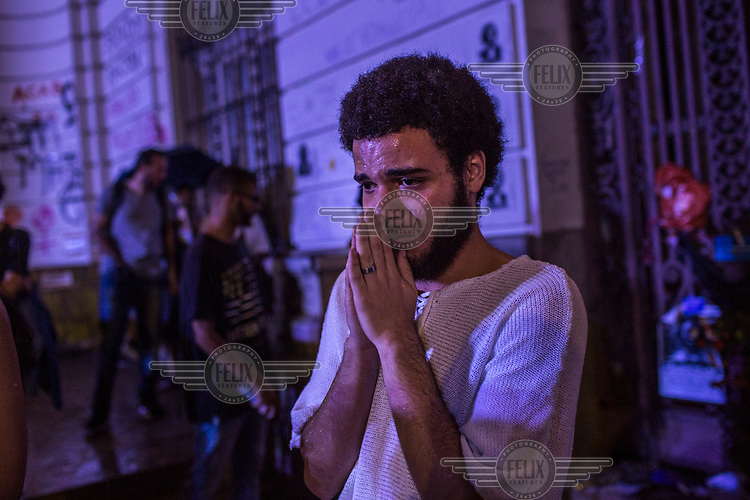 Caio Oliveira (20) cries during an emotional protest following the assassination of Marielle Franco. Mr. Oliveria is an activist with the Black Movement, which is one of the diverse Afro-Brazilian social movements.

Demonstrators gathered to take part in a rally to mourn Marielle Franco, a Rio de Janeiro councilwoman, black rights activist and outspoken critic of police brutality who was shot in an assassination-style killing on 15 March 2018.