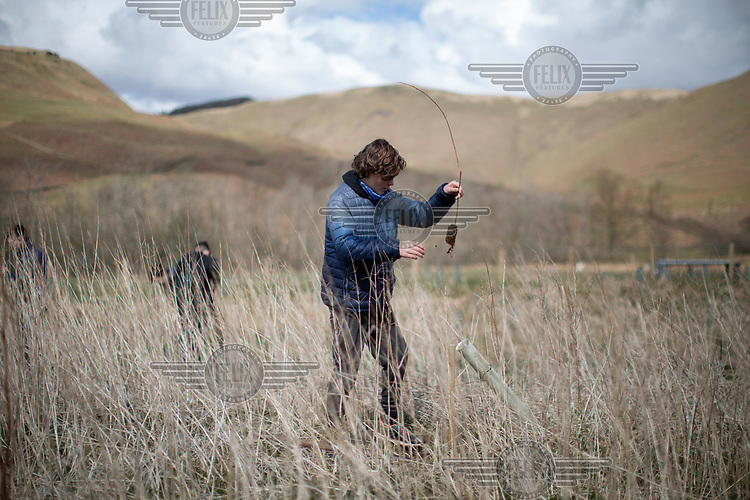 A school pupil from Moffat Academy during a tree planting effort at Corehead farm, a land holding purchased by The Border Forest Trust. The organisation that began life in 1996 years ago as a group of 40 individuals united to rewild one single catchment to create the 1500 acre (607 ha) Carrifran wildwood. The idea was so singular and appealing that it was funded by donations from around 600 supporters buying the land on the first day of the new millennium. Since then they have expanded, like at Glen Feshie, by acquiring neighbouring sheep farms, first to Corehead (1580 acres/ 639 ha) in 2009 and then Tarra & Gameshope (4527 acres/ 1832 ha) in 2013 connecting over to the original site at Carrifran Wildwood. Together the trust's 'Wild Heart of Southern Scotland' covers a total of 3078 ha but their reach is even wider.

Scotland's forests cover 19% of it land surface, the highest of the four nations that comprise the United Kingdom, but as a whole the U.K. is one of the least forested in Europe at 13% compared to an average of 38% across the E.U. The Scottish Rewilding Alliance has called for the Scottish Government to declare the world's first Rewilding Nation before the COP26 Summit in Glasgow in November 2021 with the aim to set aside 30% of land for rewilding by 2030.
Kieran Dodds/Panos Pictures /Felix Features 29 Apr 2021