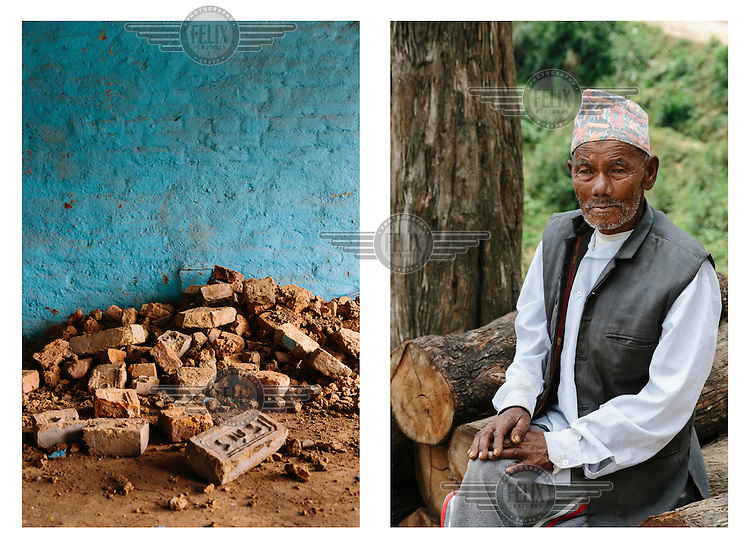 Left: Bricks fallen from the top of a supporting wall in Man Bahadur Dhimdung's family home. Frequent and powerful aftershocks mean that even buildings that haven't fallen over aren't safe to live in.

Right: Man Bahadur Dhimdung (88) is the oldest person alive in his village in Chhampi, Nepal. He was five years old when the last great earthquake struck Nepal in 1934. 'I was a small boy. Somebody pulled me out when the house began shaking. I looked around and everything was collapsed. The earth moved so fast that I was thrown to the ground three times. Not a single house remained. The village was much smaller then, fewer houses. But it was winter so all the grain stores were buried in the collapsed houses.' Now his memory is less good. 'I forget everything, even small things that happened yesterday.' This time his daughter-in-law pulled him to safety from a midday nap and has arranged for him to stay with one of her brothers. He sleeps on a thin mat on a concrete floor. 'It's not comfortable and my body aches when I sleep.'
Aubrey Wade/Oxfam/Panos Pictures /Felix Features 14 May 2015