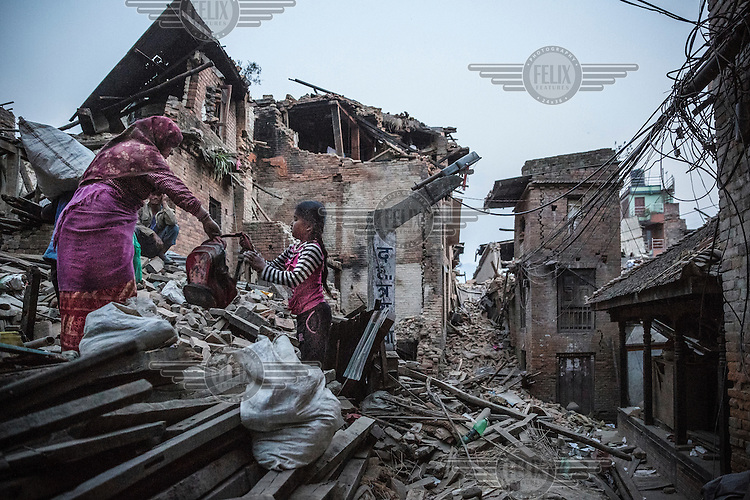 11-year old Prasa receives her school bag from her mother who found it under the rubble of their destroyed house in the Dattatreya area of Bhaktapur.
Neither military nor the police have protected areas affected by the earthquake from the local residents and looters. Many fear that the destroyed houses could collapse at any moment on people due to the numerous aftershocks.
On 25 April 2015 a powerful earthquake of 7.8 magnitude struck central Nepal, causing widespread destruction and killing approximately 7,760 people (29 April estimate).
Vlad Sokhin / Panos Pictures /Felix Features 6 May 2015
Not for sale in Germany and German speaking countries, France and French speaking countries and Russia.