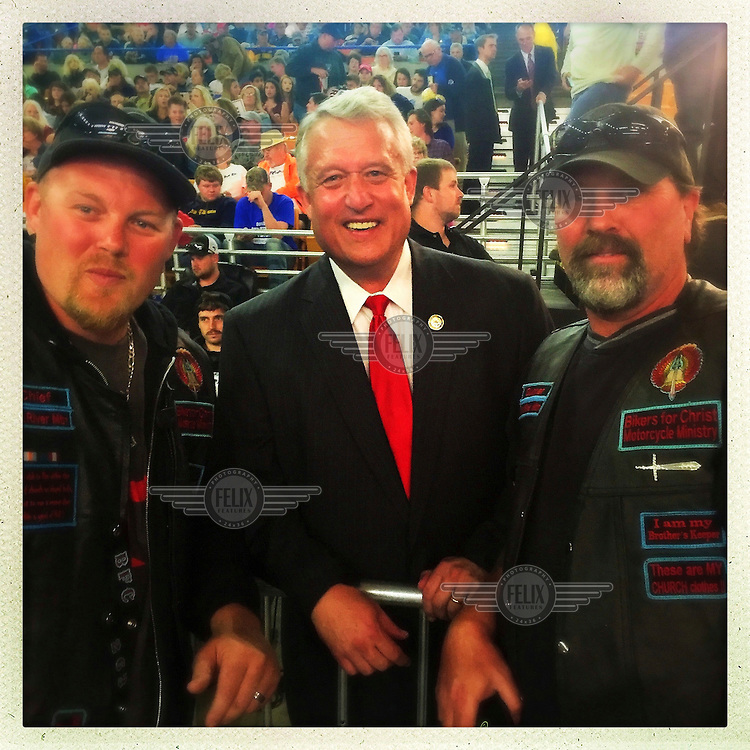 Christian bikers stand next to West Virginia State Senate President Bill Cole who is running for State Governor and has endorsed Trump in the Charleston Civic Center where a pro-Trump rally is being held.
Since other contenders dropped out of the race for the Republican Party nomination Donald Trump has become the presumptive presidential candidate.
Trump has promised to re-open closed coal mines and get miners back to work, a very popular platform in this coal state which is one of the nation's poorest.
Dermot Tatlow / Panos Pictures /Felix Features /Felix Features 5 May 2016
Not available in Austria, Germany or Switzerland.Please note: images taken on an iPhone, hence limited resolution.