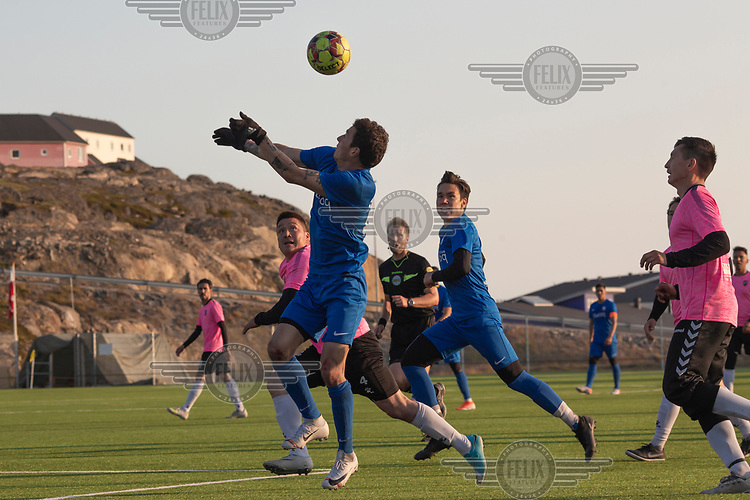 A chase for the ball during a match between Greenland football league sides G-44 (blue) and IT-79 (pink).