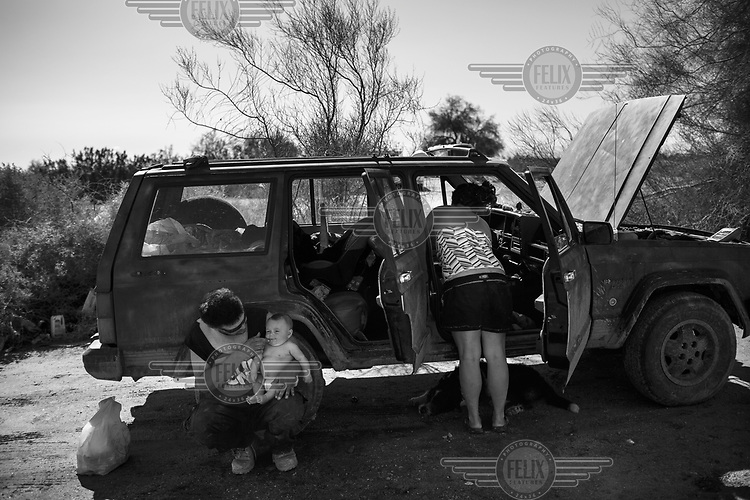 Derek feeds his baby while his partner, Shay organises the inside of the car that is their living space at Slab City, a squatters' camp about 190 miles southeast of Los Angeles.

Slab City, known as The Slabs, is named for its areas of concrete where for many years, since the military based closed, people have parked their RVs as they travel south for the winter. There is also a permanent community of 'Slabbers', around 200 people, who have established themselves living free in the Sonoran Desert where temperatures can reach 48 Celsius in the summer and, while there is no rent, there is also no water, electricity or services. Slabbers are an eclectic bunch often escaping poverty but also holding in common the desire to escape the rules and order of society in what they like to call 'the last free place on earth'.
Hossein Fatemi/Panos Pictures /Felix Features 28 Feb 2017