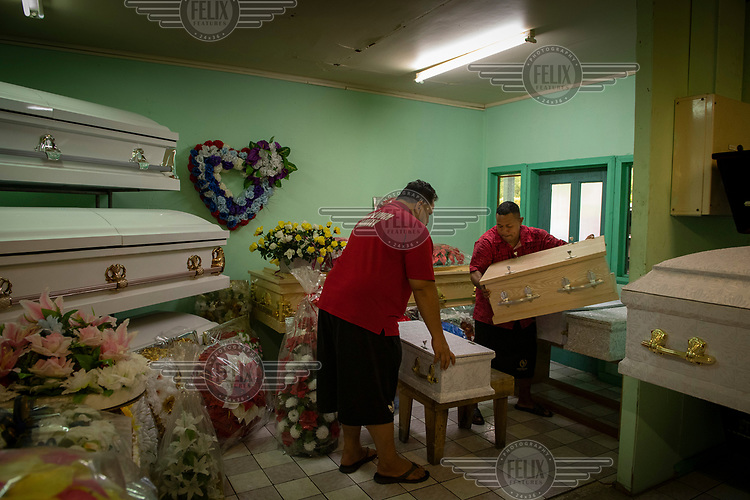 Workers at Ligaliga Fusi and Sons Funeral Services sort through child-sized coffins which are in high demand after a measles outbreak took hold resulting in the deaths of 73 people in Samoa. Many of the dead were children who are more susceptible to the virus. Funeral director and owner Tofilau Henry Papalii-Bourke says in the space of two weeks he has had to bury the equivalent of a classroom full of children.

As of 16 December 2019, there have been 5,200 confirmed cases of measles and 73 deaths out of a population of just over 200,000. Prior to the outbreak Samoa had a vaccination rate of only between 28-40%, according to the United Nations Children's Fund (Unicef). Responding to the outbreak, the Samoan government declared a state of emergency and enacted a mobile vaccination program which has now reportedly vaccinated over 90% of the population.
Matthew Abbott/Panos Pictures /Felix Features /Felix Features 9 Dec 2019
Not available for sale in Australia.