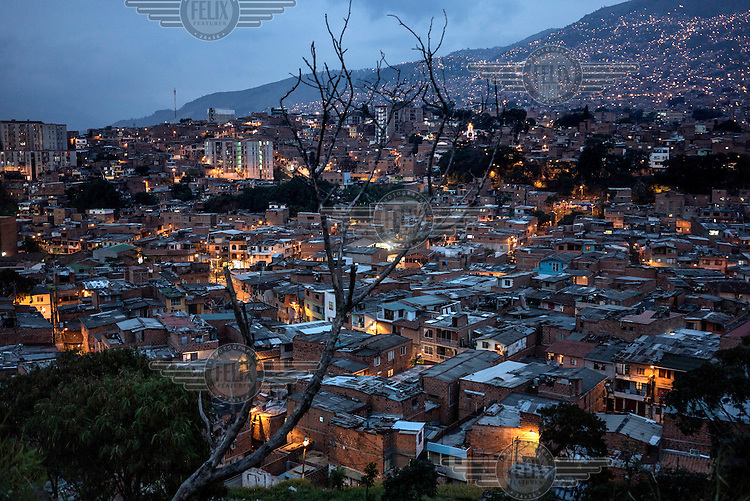 The neighbourhood of Moravia. Since 2012, the city of Medellin has adopted an innovative project in the neighbourhood of Moravia to transform the city’s main garbage dump into a sustainable garden where 50,000 residents live. The new garden contains specific plants and bacteria meant to absorb gaseous toxins from the garbage. To implement the project, the city had to relocated about 14,000 families. Some families moved into high-rise public housing in the community, but others were moved to a remote area of the city, about an hour from their jobs and former neighbourhood.
Medellin was voted the most innovative city in the world in 2012 by the Wall Street Journal and CitiBank for its 'social urbanism' approach to transforming itself from being one of the most violent cities in the world by investing in the poorer communities.
Despite all the improvements, Medellin's residents continue to be displaced from their homes by inner city drug gangs and a half century of war, the world's longest lasting current conflict.
Lianne Milton / Panos Pictures /Felix Features 24 Feb 2015