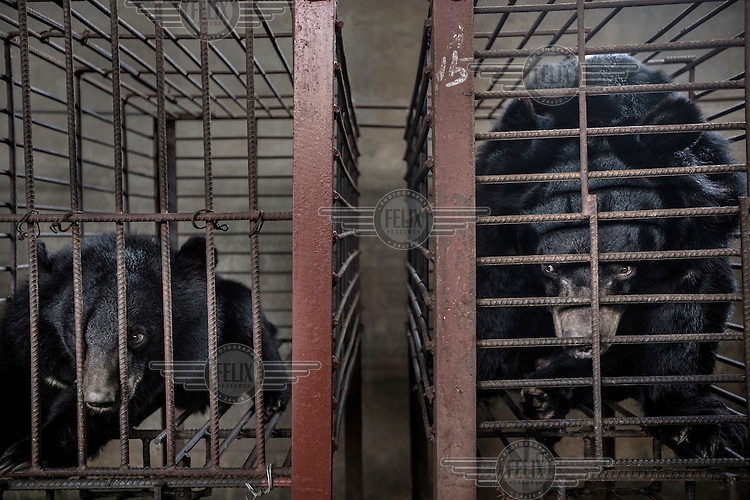 Bears in their cages are kept in captivity in a battery farm outside the town of Mong La. They are kept for the bile which is harvested for use in traditional medicine. The farm is owned by Chinese nationals and is home to more than 500 bears kept in small cages.
The town of Mong La on the Burma - China border in western Burma (Myanmar) is technically in Burma but relies on most infrastructure - electricity, telecommunications - on neighbouring China. The main currency used here is the Chinese yuan. The town is in the middle of the so-called "Golden Triangle" and specialises in gambling and the sale of poached and endangered species. Tiger skins, rhino horns, pangolins and other creatures are freely traded here and many are available to eat. Prostitution is rife and just outside the town a bear farm keeps between 500 and 600 bears which are kept in captivity for their bile which is harvested for medicinal use.
Minzayar Oo / Panos Pictures /Felix Features 16 Oct 2014