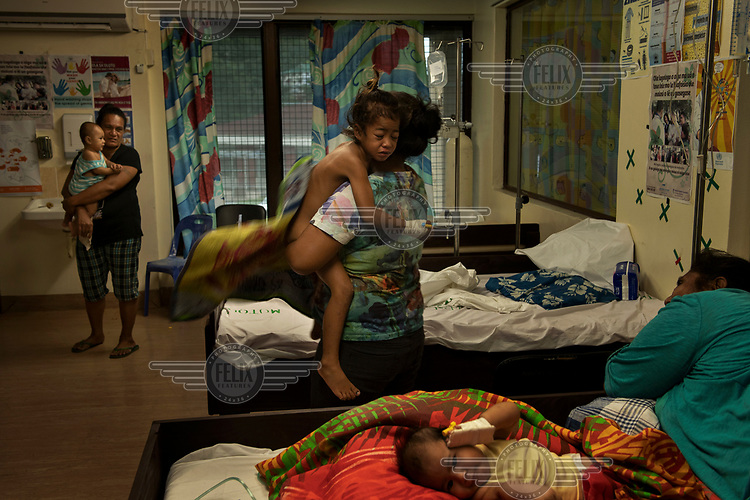 As of 16 December 2019, there have been 5,200 confirmed cases of measles and 73 deaths out of a population of just over 200,000. Prior to the outbreak Samoa had a vaccination rate of only between 28-40%, according to the United Nations Children's Fund (Unicef). Responding to the outbreak, the Samoan government declared a state of emergency and enacted a mobile vaccination program which has now reportedly vaccinated over 90% of the population.
Matthew Abbott/Panos Pictures /Felix Features /Felix Features 12 Dec 2019
Not available for sale in Australia.