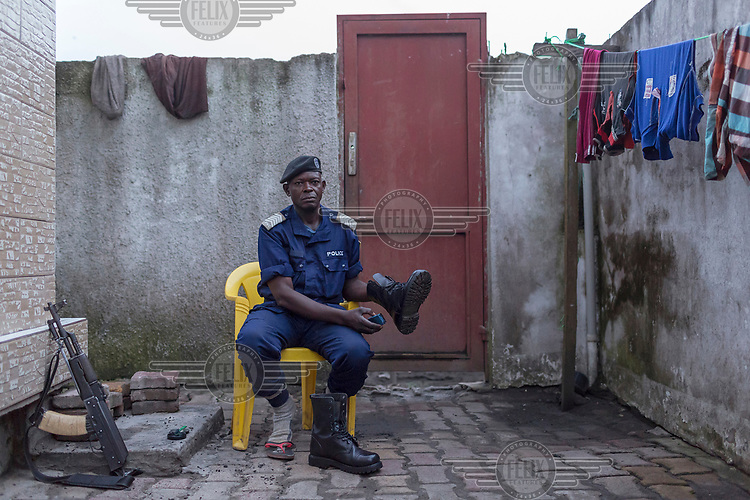 Richard Kindolo, works as a policeman. In 2012, he was one of the first policemen in his province to be paid directly by cash delivered by bank agents. He soon recognised the advantage of the new system: ''Before, the salary was paid to me by the accountant at my police station. Not once did I receive the amount due to me, often not even half.''
He and many of his colleagues did not immediately realize that they had been robbed by their own superiors, they thought they had a salary raise.
Kris Pannecoucke/Panos Pictures /Felix Features 7 Mar 2017
Not available in the Netherlands.