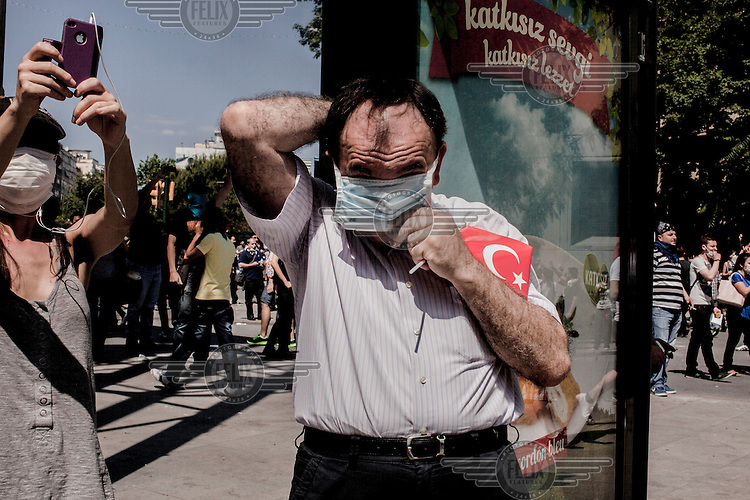 A man prepares to confront riot police in the Osmanbey district of Istanbul at the beginning of the anti government protests.