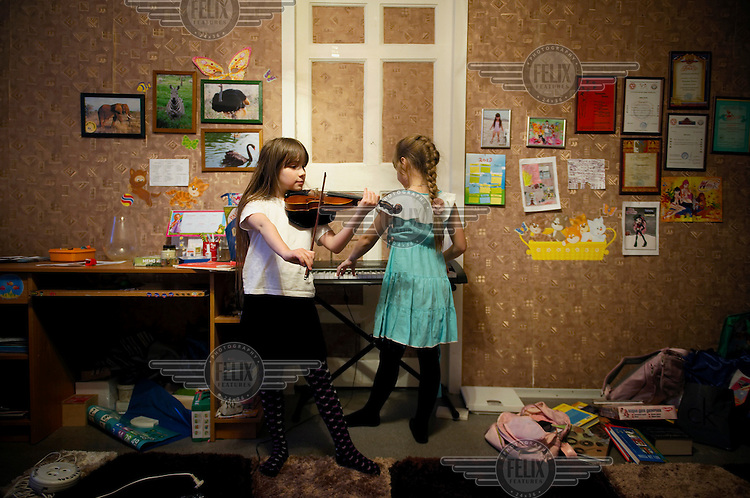 Two girls play music in an apartment in Norilsk - one on the violin, the other on keyboard. 'Aktirovka' is a magic word for schoolchildren in Norilsk. It is also a nostalgic word for those who have spent their childhood here. During certain severe weather conditions, pupils from the age of 7 to 17 are advised to stay at home and not come to school. The teacher sends tasks by SMS or email and the children staying at home without adult supervision work from home.

The city of Norilsk, in the far north of Russia's Krasnoyarsk region, was founded in the 1920s and today has a population of just over 175,000. In its early years it served as the centre of Norillag (or the Norilsk Corrective Labour Camp) but was given town status in 1953 as the Gulag system was slowly winding down. Today the city is largely dependent on MMC Norilsk Nickel, the world's leading producer of Nickel and palladium and Norilsk's main employer. In 2001, the city was closed to all non-Russians, except for citizens of Belarus.
Elena Chernyshova / Panos Pictures /Felix Features 21 Feb 2013