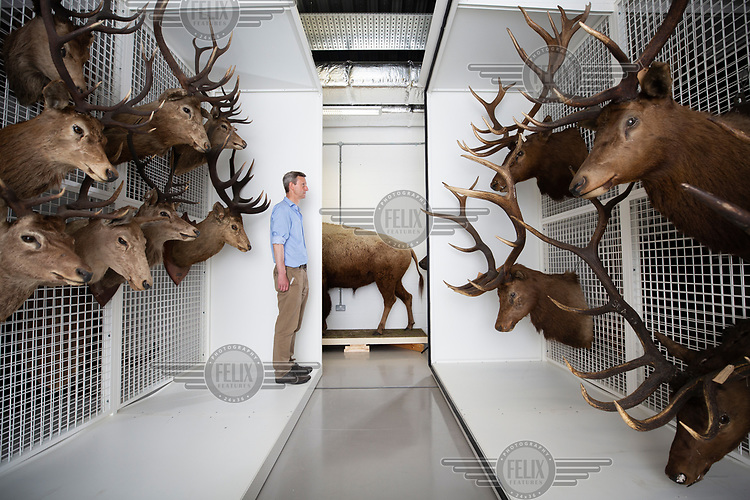 Dr Andrew Kitchener, the Principal curator for Vertebrates at the National Museum of Scotland, pictured in the museum archives in Granton with taxidermy deer including the red deer (at left). High densities of deer in Scotland have limited forest regeneration.

''We have lost most of the larger predators in Scotland and to a certain extent ungulates. We used to have elk, aurochs (wild cattle), brown bear, wolf and lynx. We could restore all of these species, there is enough space, but we do need to do a lot of habitat restoration, as I don't think there is enough habitat for these species.''

Scotland's forests cover 19% of it land surface, the highest of the four nations that comprise the United Kingdom, but as a whole the U.K. is one of the least forested in Europe at 13% compared to an average of 38% across the E.U. The Scottish Rewilding Alliance has called for the Scottish Government to declare the world's first Rewilding Nation before the COP26 Summit in Glasgow in November 2021 with the aim to set aside 30% of land for rewilding by 2030.
Kieran Dodds/Panos Pictures 1 Jun 2021