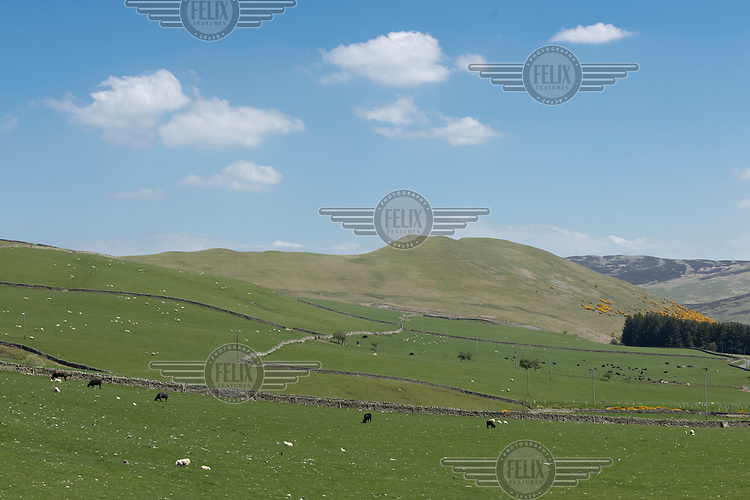 Sheep and cow pasture at Mountbenger in the Scottish Borders, a landscape typified by dense forest plantations and base grazed grassland or managed moorland.